Technological developments across the Financial System: from Fintech to Regtech

Technological developments across the Financial System: from Fintechto Regtech

At the beginning of April, Banco Santanderannounced that 20 billion euros would be invested in digitization over the next four years, at a rate of 5 billion per year. The figures speak for themselves and show that digitization is still one of the great challenges facing the financial system.

Talking about innovation and digitalization, that is, about FinTech, is not something new and we all have, more or less, become familiar with this fashionable terminology today. FinTech is nothing more than technological development applied to financial solutions. The term Fintech can be traced to the early 90´s but since then its evolution has unfolded several stages. Essentially, Fintech’s development and digitalization has focused –mainly- on payment services and on improving customer access to financial services.

However, digitization is still one of the major challenges facing the financial system. In spite of the progress made today, the use of new technologies applied to regulatory compliance, financial supervision and reporting. In other words, technological tools can and must be used to adapt current regulations and to develop a new framework that promotes innovation and the transformation of business models, aided by the use of regulatory sandboxes. That is, a new ecosystem emerges that requires joint collaboration between regulation and regulators (RegTech) and innovators (Fintech).

After the crisis of 2008, the financial sector has faced an unprecedented regulatory bubble, whose main objective has been to increase financial stability, security of markets and consumer´s protection. As a result of the global financial crisis, the whole regulation have changed including anti money laundering transforming the way services are provided and even financial institutions themselves. The response and reaction post global crisis has been a heavy, complex, prescriptive and lenghty regulation, even an overregulation. Just to have an idea, around 20,000 new regulatory requirements are approved each year and by 2020 we will have more than 300 million pages of legislation.

This regulatory reforms have transformed the operations of financial institutions reducing their profitability and increasing the cost of compliance.

This phenomenon, together with the technological revolution and the innovation we are witnessing, are changing financial markets, services and institutions in a way we could have never imagined before.

Thus, the answer to regulatory compliance is RegTech. That is, RegTech is the use of technology, particularly information technology, applied in the context of compliance and regulatory oversight while facilitating reporting.

What is RegTech for and which are its advantages?

If Regtech 1.0 corresponds to the long pre-crisis period characterized by regulators’ reliance on Basel II as a risk management instrument for financial institutions, RegTech 2.0 is driven by financial market participants and regulators who use technology to improve compliance with regulations arising from the financial crisis and its implementation costs, streamlining their processes, including anti-money laundering requirements.

Thus Regtech enables financial institutions not only to reduce the costs of regulatory compliance, monitoring of public securities markets; the constantly evolving regulatory framework has also introduced uncertainty regulatory requirements so industry is willing to invest in improving their own adaptability (in fact, the so-called Banking Union with its three pillars has not yet come to an end).

Digitization of processes also enables regulators to deal more effectively with different regulatory requirements and the over-increasing volumes of data communicated by financial institutions while generating confidence and security in the digital environments in which they operate.

The use of RegTech makes possible to design preventive regulatory compliance systems (regulatory sandboxes) while at the same time allowing regulators to have granular and accurate information almost in real time, which facilitates, among other things, the control of systemic risk or protection of consumers against abuses (abusive loans); improvement of supervisory processes (predictive models to resolve punishable market behaviour or market abuse); improvement of the interaction between the company and the regulator both in the communication between the regulator and the company and in “reporting” (from company to regulator).

RegTech brings together companies that develop specific software to address the different areas within the financial sector based on cloud technology, big data, artificial intelligence, deep learning or blockchain. These companies offer innovative solutions that improve the agility, flexibility, speed and accuracy of the information that financial companies and regulatory authorities exchange on a daily basis.

Not all Regtechs work in the same way or provide the same type of service, because although they all start from the detailed analysis of data, each one of them arises with a different purpose. Any activity that is subject to strict regulation can constitute an area of development and opportunity in the use of RegRtech solutions: regulatory compliance and reporting, transaction analysis and fraud prevention, risk analysis, cybersecurity…

The future of Regtech: Regtech 3.0

Regtehc 1.0 and Regtech 2.0 represent digitalization of regulatory processes whereas the so-called “RegTech 3.0” implies a regulatory approach focused on both data and markets it oversees and regulatory compliance in a different way than is currently the case; we are at the beginning of a new stage, the future development of RegTech, a regulatory framework for the digital age. RegTech potentially offers more that relies on the effective processes for the collection, formating, management and analysis of reported data. That is the effect of the new paradigm: hte “know your data approach”. Regtech 3.0 will help to reconceptualize finance and its regulation contributing to build a better financial system.

Therefore, RegTech should be seen as a separate phenomenon from FinTech and not as a subcategory.

Despite its transformative potential, Regtech also poses several dangers, among others: the opacity derived from the use of Artificial Intelligence. From this perspective, Data Protection regulation establish the right to receive an explanation about how, through Artificial Intelligence, a certain solution has been reached. At the same time, this regulation has reinforced the need to obtain consent. Cyber-attacks and hackers are other dangers that cannot be ignored either. 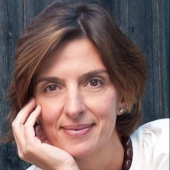 RCEP: 4 Questions you should know about it