What to do regarding WTO Reform

What to do regarding WTO reform?

In the G20 Summit, leaders will review the pledges made at the last summit, in December 2018. Among the commitments were to reform the WTO in order to improve its functioning. Over the past few months, many proposals from G20 members have been put forward to reorganize the multilateral trading system, although without tangible results to date.

Without attempting ‘to provide a solution’, which only negotiation and the search (and hopefully the achievement) for an ‘economic equilibrium’ between States can bring, here we are going to put forward some ideas, which may help advance WTO reforms.

The basis for guiding the reforms should be, on the one hand, to re-state and strengthen the values of the WTO, and on the other, to bring the functioning of the organization closer to the reality of international trade, both substantively and institutionally.

Regarding the core values of the WTO, the first thing to bear in mind is that  this organization is essentially  a negotiating forum, and whether it functions or not depends on the willingness of its Member States to make progress in debates. The Secretariat, the apparatus of the organization, is purely administrative, unlike in the case of other international organizations. Member States should reconsider the WTO’s roleas the main forum for trade negotiations. Trade negotiations outside? the WTO’s periphery weakens the organization’s multilateral system and should therefore only take place if they are (helping advance it) Could be:necessaryin order to help the advence of those at WTO . Otherwise, as has occured in recent years, the essence of the system is undermined, and thus the functioning of the organization itself.

Starting from the existence of this political will, that is, that the WTO should be at the centre of multilateral trade negotiations, the members of the organization should activate the ‘function of deliberation’ that all negotiations require, and they should also engage in constructive and serious political dialogue, which is the basis for any consensus, and leads to the creation of standards. In seeking to meet this objective, Member States can rely on the Secretariat’s experience and expertise, as well as the possibilities that new technologies offer, so that discussions include all Member States.

Secondly, this  negotiating forum has worked because it has been able to keep the balance between the ‘political organs’ and the  supervision mechanisms, in order to maintain Member States’ confidence in the system. The change from the GATT to the WTO structure corrected a number of institutional imbalances, which had stopped the GATT from functioning properly. Currently WTO negotiations are based on equal representation (one member, one vote) and the practice of decision-making by positive consensus, except for Dispute Settlements Body (DSB), where any decisions are taken by negative consensus. This process involves a large number of checks and balances (including the possibility of resorting to majority voting, adoption of ‘authentic interpretations’ or  waivers , etc.).

Some of the problems that have surfaced in the current WTO crisis have come from the tension that has existed for years between the functioning of the political  organs for the creation of rules and supervisory mechanisms, mainly the Dispute Settlement System (DSS), and the passivity that States have demonstrated to correct these “imbalance”. This is a problem when progress cannot be made on trade commitments, but that should not affect the operation of monitoring mechanisms, since that’s what prevents the system from ‘blocking up’. In any case, we are now going to address why this imbalance exists and the possible actions that can, or could, be undertaken in order to overcome it.

The political organs are based on the positive consensus of 164 members, who have equal representation and who make commitments, in the Negotiation Rounds, on application of the ‘ package deal’ principle. In practice, the achievement of a consensus on the adoption of new trade commitments, covering all sectors involved in the negotiation, has been almost impossible. And at no time have States asked to resort to a formal majority vote. The result has been minimal progress in taking on new commitments, which is clearly  ineffective. To these problems in decision making, it is necessary to add those that affect the participation of Member States as members. In this sense, the majority of WTO members have declared themselves to be ‘developing countries’, including the Least Developed ones , which means that they have less commitments, and therefore  take advantage ofthe Special and Differential Treatment clauses. Some of the States included in this group, such as China, are large trading powers, with the capacity to compete with the world’s developed states at the same level. Finally, on this point, we must add the disparity in the negotiating trade agendas of the 164 States.

With regard to the supervisory bodies, the problemis the DSS, given that the Trade Policy Review Mechanism (TPRM)  has not raised any problems to date, perhaps because it is too ‘diplomatic’ when it issues its reports. The DSS works in ‘an automatic way’ in adopting reports, by applying the principle of negative consensus. These reports oblige Member States to amend their national trade legislation when the DSB determine that it is not in line with the commitments that they have made within the WTO framework. The work of the DSS has been impeccable, in my opinion, when obliging States to meet their commitments. The practically automatic operation of the DSS should not be a problem, but might be seen as an advantage when the political branch is blocked. However, this is not the view of some States, especially the United States, which has seen some of its trading practices ‘bombarded’, especially in the areas of dumping and compensatory measures, since the  origin? of the WTO. It is perhaps in the interest of some States to no longer be bound by certain commitments, perhaps when the terms are unclear in the treaties, which has led to the functioning of the DSS being seen as a problem. It is curious that these States forget that the institutional system itself has checks and balances to equalize situations of institutional imbalance. In this sense, for example, the , Ministerial Conference a political body in which all States are represented, could have taken decisions to correct the alleged malfunctioning of the DSS (whether that be of the panels or the Appellate Body). However, none of the  treaty mechanisms have been used to redress this alleged imbalance. Instead States have preferred to block the DSS  by justifying their actions on the grounds of institutional imbalance.

Faced with this situation, the WTO has no choice but to address reform of its Institutional system, albeit minimally. The ‘return to equilibrium’ proposed by some States means, first of all, in the field of standard-setting, abandoning the principle of ‘ package deal’ and replacing it with a ‘two-speed standard-setting system’, starting with the adoption of Plurilateral Trade Agreements, which can subsequently be converted into Multilateral Trade Agreements. In retrospect, most of the few advances that have been made in the past have been achieved in trade commitments since the WTO was created, precisely because of the de factoapplication of this route. In applying this form of negotiation, progress might be able to be made on a negotiating agenda that satisfies all Member States. This is a key issue in the current situation. It is necessary to open negotiations in new areas of trade, so that the WTO responds to the reality of world trade (e-commerce; investment;women’s rights, services domesticregulation; micro, small and medium-Size companies). At the same time it is essential to make progress on the issues that have dragged on since the opening of the Doha Round: negotiations over agricultural products, services, and subsidies (in particular to fisheries). The multilateral agenda should focus on these issues, while interested States could open up an agenda of plurilateral issues, where new issues could be negotiated. However, this ‘dual route’ will involve double the effort from many States and, above all, progress on the multilateral agenda to restore States’ confidence in the WTO negotiations.

Secondly, there is the issue of the review and reorganization of the Committees and Councils, which are key in building consensus, and in overseeing compliance, through the notification system. Regarding this aspect, States should also reflect on the need to give more powers to the Secretariat,as a key part of the Councils and Committees operation. In this sense, both the generation of consensus for taking on new commitments, as well as the monitoring system –specifically the transparency that the monitoring system aims to achieve – would benefit, as blockages would be prevented and, in the face of the slow adoption of further commitments, a more flexible transparency system would be maintained, providing the stability necessary for the development of trade.

Thirdly, there is a need to establish criteria for determining, within the framework of the WTO, which countries can be classified as ‘Developing’ and ‘Least Developed’. This is perhaps the most complicated aspect of reform, but also the most necessary, if we want to restore balance in the functioning of the multilateral system. Emerging economies, all of which are classified as Developing countries, benefit from specific Special and Differential Treatment clauses that, certainly from a commercial perspective, are difficult to maintain. In any case, it does not seem to be, and could be detrimental, for some of these countries to become ‘developed countries’ and assume en blocall commitments without the benefits of the Special Treatment clauses. It would be sensible to look for an intermediate classification, which would allow for commercial competition and, therefore, equitable participation among the States that undertake multilateral trade commitments.

Regarding the reforms that affect the balance in the operation of the supervision mechanisms, efforts are geared towards the DSS. In particular, State proposals focus on clarifying and limiting the powers of the Appellate Body. It is at least curious that some of the proposals speak of generating “channels of communication” between the Appellate Body and the members of the organization, when it’s really abouttying the ‘jurisprudence’ of the Appellate Body to the political interests of members. To make a comparison, it would be as if the Supreme Courts had to report from time to time to their Parliaments about the decisions they take, in order to coordinate their outcomes. Given the position adopted by some Member States, in particular the United States, a reform along these lines is going to occur unfortunately limiting the  legal based system that was being offered by the Appellate Body. On this occasion, therefore,an opportunity will be lost to take a step forward in the evolution of the DSS. In order not to limit the positive aspects of the DSS, it would be appropriate – along with the reforms that are being negotiated – to have a fixed roster of panel members to help maintain the independence of the DSS, and thus legal certainty, which has characterized the functioning of the DSS since the creation of the WTO.

From another perspective, and bearing in mind the functioning of all the mechanisms of

monitoring and control, proposals could also be made to strengthen the functioning of the MEPC. This is purely a diplomatic monitoring mechanism, not based on the implementation of the law. If the reports of this organ had more weight, they could balance excessive “legal intrusion”; which is how the DSS organs have been described. 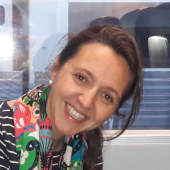